The Sequencing Batch Reactor (SBR) or Sequential Batch Reactor is a fill-and-draw activated sludge system for wastewater treatment. SBR reactors treat waste water such as sewage or output from anaerobic digesters or mechanical biological treatment facilities in batches. Oxygen is bubbled through the waste water to reduce biochemical oxygen demand (BOD) and chemical oxygen demand (COD) to make suitable for discharge into sewers or for use on land.

While there are several configurations of SBRs the basic process is similar. The installation consists of at least two identically equipped tanks with a common inlet, which can be switched between them. The tanks have a “flow through” system, with raw wastewater (influent) coming in at one end and treated water (effluent) flowing out the other. While one tank is in settle/decant mode the other is aerating and filling. At the inlet is a section of the tank known as the bio-selector. This consists of a series of walls or baffles which direct the flow either from side to side of the tank or under and over consecutive baffles. This helps to mix the incoming Influent and the returned activated sludge, beginning the biological digestion process before the liquor enters the main part of the tank. 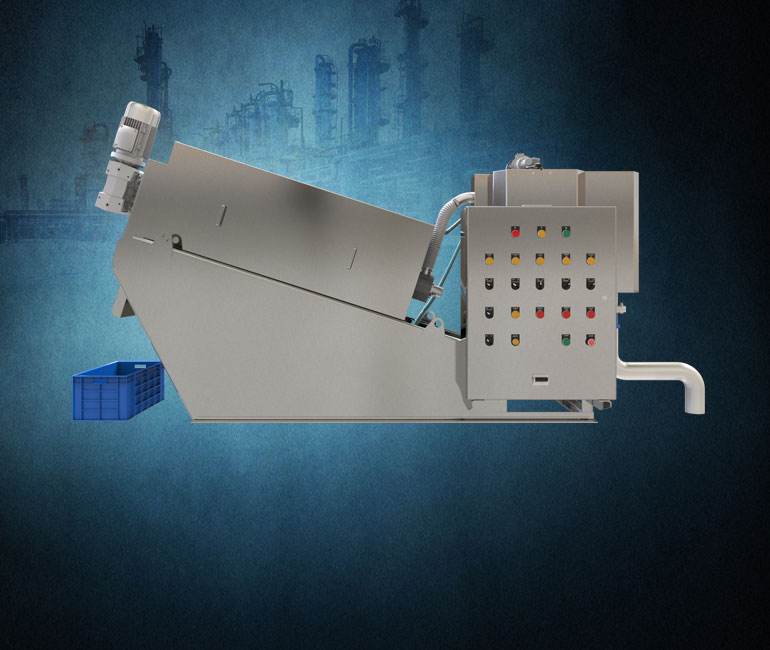 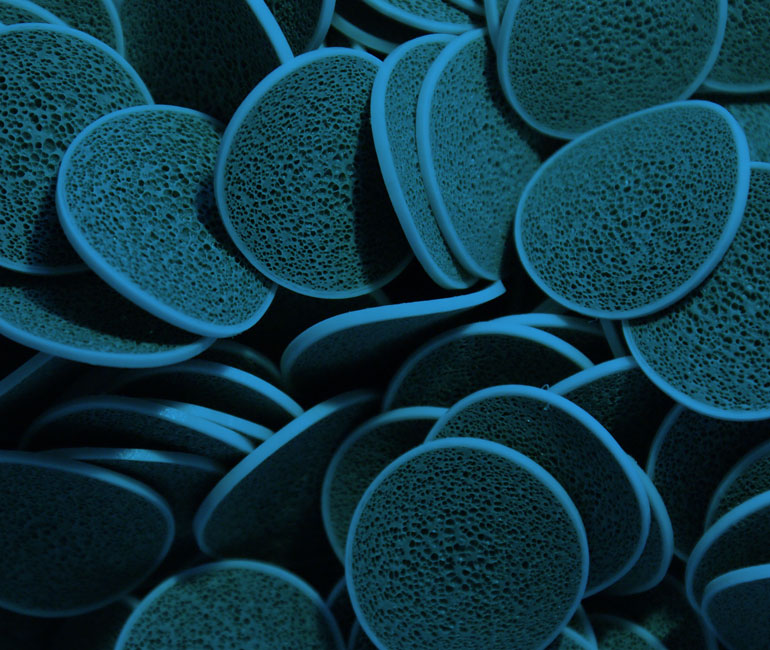 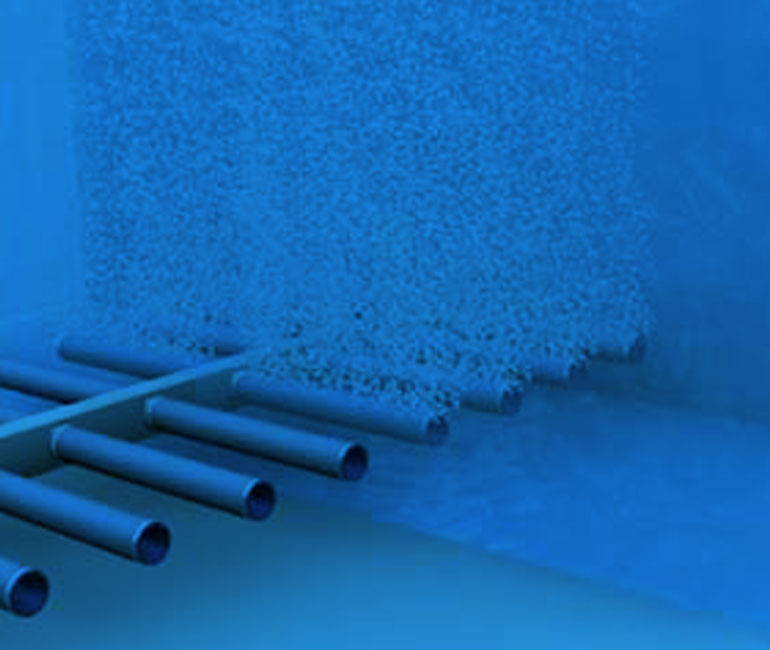 Aeration times vary according to the plant size and the composition/quantity of the incoming liquor, but are typically 60 to 90 minutes. The addition of oxygen to the liquor encourages the multiplication of aerobic bacteria and they consume the nutrients. This process encourages the conversion of nitrogen from its reduced ammonia form to oxidized nitrite and nitrate forms, a process known as nitrification. To remove phosphorus compounds from the liquor, aluminium sulfate (alum) is often added during this period. It reacts to form non-soluble compounds, which settle into the sludge in the next stage.

The settling stage is usually the same length in time as the aeration. During this stage the sludge formed by the bacteria is allowed to settle to the bottom of the tank. The aerobic bacteria continue to multiply until the dissolved oxygen is all but used up. Conditions in the tank, especially near the bottom are now more suitable for the anaerobic bacteria to flourish. Many of these, and some of the bacteria which would prefer an oxygen environment, now start to use oxidized nitrogen instead of oxygen gas (as an alternate terminal electron acceptor) and convert the nitrogen to a gaseous state, as nitrogen oxides or, ideally, molecular nitrogen (dinitrogen, N2) gas. This is known as denitrification. Anoxic SBR can be used for anaerobic processes, such as the removal of ammoniavia Anammox, or the study of slow-growing microorganisms. In this case, the reactors are purged of oxygen by flushing with inert gas and there is no aeration.

As the bacteria multiply and die, the sludge within the tank increases over time and a waste activated sludge (WAS) pump removes some of the sludge during the settle stage to a digester for further treatment. The quantity or “age” of sludge within the tank is closely monitored, as this can have a marked effect on the treatment process.The sludge is allowed to settle until clear water is on the top 20 to 30 percent of the tank contents.

The decanting stage most commonly involves the slow lowering of a scoop or “trough” into the basin. This has a piped connection to a lagoon where the final effluent is stored for disposal to a wetland, tree growing lot, ocean outfall, or to be further treated for use on parks, golf courses etc. 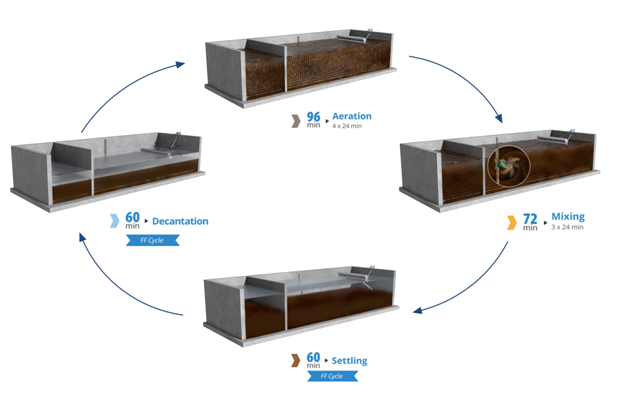 There are five treatments stages in the treatment process:

The inlet valve opens and the tank is being filled continuously, while the mixing is provided by mechanical methods (no air). This stage is also called anoxic stage. Aeration of the mixed liquor is done during the second phase by the use of fixed or floating mechanical pumps or by transferring air to the fine bubble diffusers fixed on the floor of the tank. In the third phase no aeration or mixing is provided and the disposal of suspended solids begins. During the fourth stage the outlet valve opens and the “clean” supernatant liquor exits the tank.

In some situations in which a traditional treatment plant cannot fulfill required treatment (due to higher loading rates, stringent treatment requirements, etc.) the owner might opt to convert their traditional system into a multi-SBR plant. Conversion to SBR will create a longer sludge age, minimizing sludge handling requirements downstream of the SBR. The reverse can also be done where in SBR Systems would be converted into extended aeration (EA) systems. SBR treatment systems that could not cope up with a sudden constant increase of influent would easily be converted into EA plants. Extended aeration plants are more flexible in flow rate, eliminating restrictions presented by pumps located throughout the SBR systems. Clarifiers can be retrofitted in the equalization tanks of the SBR.